The origins of the present day Ursula Frayne Catholic College can be traced back to 1899 when a group of Sisters of Mercy, led by Mother M Clare Buggy, left from Derry, Northern Ireland for the shores of Western Australia. Their first school was established in a wooden cottage on the current site of the Duncan Street Campus and was known as St Joachim's. In 1926 the Sisters commenced a secondary school under the name of Our Lady of Mercy College.

In 1936, to meet the educational needs of children in the new area of East Victoria Park, Our Lady Help of Christians Primary School was opened with Sr M Ambrose Lorkin appointed as the Principal.

Realising the need for a regional boys' school in the south-east suburbs of Perth in the early 1950s, the Archbishop, Dr Prendiville, wrote to the Provincial of the Christian Brothers in Sydney asking for help in this important matter. At the same time the Archbishop formed a committee of local priests for the implementation of the project. Land to the value of two thousand pounds was donated by the parish of East Victoria Park and in 1953, St Francis Xavier College for boys, staffed by the Christian Brothers, opened for business, with Br Baptist Quirke named as the first Principal. 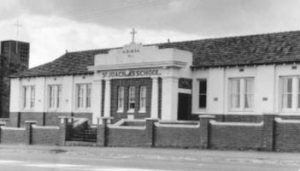 Meanwhile in 1955 it was decided that the two schools - St Joachim's Primary School and Our Lady of Mercy College, should both come under the same name of St Joachim's. Six years later there was a remarkable increase in numbers for the secondary classes and it was suggested that a new high school should be built on the vacant block on the corner of Duncan and Teague Streets.

Over in East Victoria Park, there was a worry about the small numbers of enrolment of boys at Xavier. This factor, together with other issues, signalled that a review of the College structure was a high priority. It was no coincidence, either, that enrolment matters were on the mind of the Principal and Board of Our Lady Help of Christians with whom Xavier shared a lot of families, a lot of history and a back fence! In 1981 both schools amalgamated to become Xavier College Incorporating Our Lady Help of Christians.

In 1990, St Joachim's High School, St Joachim's Primary School and Xavier College merged to become Ursula Frayne Catholic College and under the guidance of Mrs Anne Parker took its first tentative steps as a fully Kindergarten to Year 12 co-educational institution. The name of the school reflects the first Sister of Mercy to set foot in Australia when Mother M Ursula Frayne arrived in the Swan River Colony with a group of Sisters from Ireland in 1846. 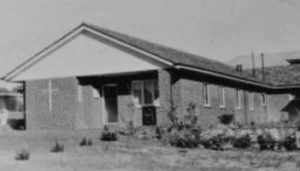 It is appropriate that the College's motto is 'Centred in Christ', as the foundation schools leading us to where we are today have a rich heritage in strength, tenacity and spirit just like our namesake, Mother M Ursula Frayne. 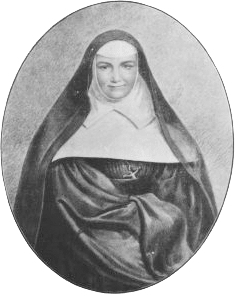 Ursula Frayne was a woman who crossed the world by sailing ship to support the struggling minority of her Celtic clan and discovered another race more severely dispossessed than her own in newly colonised Australia. She was an extraordinary woman, a pioneer educator, welfare reformer, advocate and policy maker. A perfect role model for the students of Ursula Frayne Catholic College. She was a person who led a group of courageous Irish women committed in faith to the pursuit of Justice and Compassion.

Clara Mary Frayne was born in Dublin in 1817 and died in Melbourne in 1885. She was trained by Catherine McAuley, and became a professed Sister of Mercy on 25 January 1837.

In 1845 Ursula Frayne had 21 days to prepare to sail for Western Australia with five other Sisters of Mercy and one Postulant. Together with Bishop Brady, his European missionaries, one Irish priest and seven Irish catechists, they sailed for Western Australia via the Cape of Good Hope. The journey on the ship 'Elizabeth' was no pleasure cruise and when they arrived in Perth, their arrival was unexpected and no arrangements for sleeping quarters had been made. To quote Mother Ursula Frayne: "We stood in the wilds of Australia on that mid-summer night, and we could truly say with our Divine Model, we have nowhere to rest our head".

Undaunted, the Sisters found lodging at the house of a Methodist lady, Mrs Crisp, who, despite her astonishment at the unusual apparel of her guests, and her confusion when she discovered that they could not eat chops because it was Friday, made every effort to make the Sisters comfortable.

Mother Ursula Frayne opened the first Mercy school in Australia on 2 February 1846 with planks, bricks and packing cases as the furniture. Instead of the 4,000 children Bishop Brady had promised them in Dublin, only one child turned up. This did not discourage them however, they began house to house visits. After a lot of work they had 50 children in their school and by 23 August 1846 they had 100 children.

Later the Sisters established a boarding house for a few students from the country. This school was crowded and so the Sisters decided to build a convent. On 3 May 1847, the foundation stone of the new convent was laid and they were able to take it over on 2 May 1848. The building was two storeys high and built across the back of the church, forming the letter T. Both buildings are still standing today at Victoria Square, Perth.

In 1979, the City of Perth honoured her contribution as an educator by dedicating a plaque to her on the pavement in St George's Terrace.

The legacy of Ursula Frayne is through the ministries of Mercy. It is to encourage women and men to be resourceful and merciful, followers of Christ in the world. Young, vital and committed to the development of a better Australia, Ursula Frayne is an ideal example for all young Australians today.

The Chevron is part of the coat of arms of the Frayne family.

The Book with the alpha and omega (first and last letters of the Greek alphabet) symbolises knowledge, learning and the Bible.

The Celtic Cross focuses on Christ as the centre of the College and symbolise Ursula Frayne's Irish origins.

Inspired by the life and teachings of Jesus Christ, our mission is to empower all students in the pursuit of excellence in their life-long learning journey. 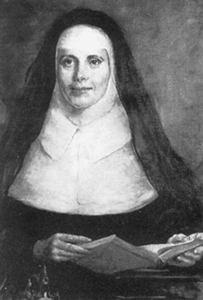 Our College community has identified the qualities and characteristics that staff, parents and guardians believe a Year 12 graduate from the College should exhibit.  These collective aspirations are summarised in the following statement:

“We aspire that, upon graduation from Ursula Frayne Catholic College, our students will be faith-filled and joyful young people who are respectful of themselves, others, their community and the environment that sustains them.  Our hope is that they are grateful, resilient, competent, have a love of learning, and are ready to take their place in and make a positive contribution to the world beyond school”.

In accordance with our Motto and Mission, the Vision for our College is that we aspire to be an authentic learning and faith sharing community, centred in Christ.

Our Vision is comprised of an organic set of eight inter-related elements, united in the pursuit of cultural goals and the human formation of young people. Catherine McAuley, the first Sister of Mercy, made a difference in her time and her influence continues to be felt today. Her appeal lies in her faith and confidence, generosity and hospitality, her courage and humanity, and that she had the heart to listen and dared to step out and make a difference. We have chosen the following values to enable the Ursula Frayne Catholic College Community to be a part of this Mercy charism.

The charism of Mercy is not just to talk about love and compassion, but to do something about helping other people in need. It's about the non-judgemental understanding of another’s need, which results in unselfish giving to meet that need.

The state of achievement of the highest possible standards.

The creation of a welcoming, open, inclusive and respectful environment for all individuals through word and deed.

The recognition of the gifts and talents of those around you, as well as bearing responsibility for our own actions and choices.

The treatment of each person with fairness in relation to the equality of all, and the maintenance of a balanced and fair relationship with self and all members of the community.

Lord of all Creation,
Inspired by the example of Ursula Frayne,
May we lead courageously,
Serve unceasingly,
Pray fervently,
Act justly,
Follow God's call,
And give generously of ourselves,
In the service of the Kingdom of God.
Let our lives be centred in Christ.
May we never waver,
But rise above the hurts,
Frustrations,
Petty grievances,
And sufferings in our lives,
To be daily renewed in the peace and
Love of Christ.
Let us build a loving community,
Where all may be nurtured,
And grow in wisdom and love.
Let us strive for excellence in all we do,
For the glory of God.
This we ask through Christ our Lord.
Amen