The changeover to new uniforms in the last couple of years saw our College community have an abundance of old uniforms which were still in good condition but unable to be worn.

Lots of College families donated their old uniforms, which have either gone to Clutterbugs, or were collected by one of our College families, who then helped organise to get them to Africa.

These uniforms travelled over 16,000kms, carried by Resolute Mining volunteers in their suitcases over an 18-month period. Here the uniforms were provided to a small village school in Glambere, 7kms from Syama mine in Mali, Africa. The school has two classrooms, built by volunteers, and about 70 students. 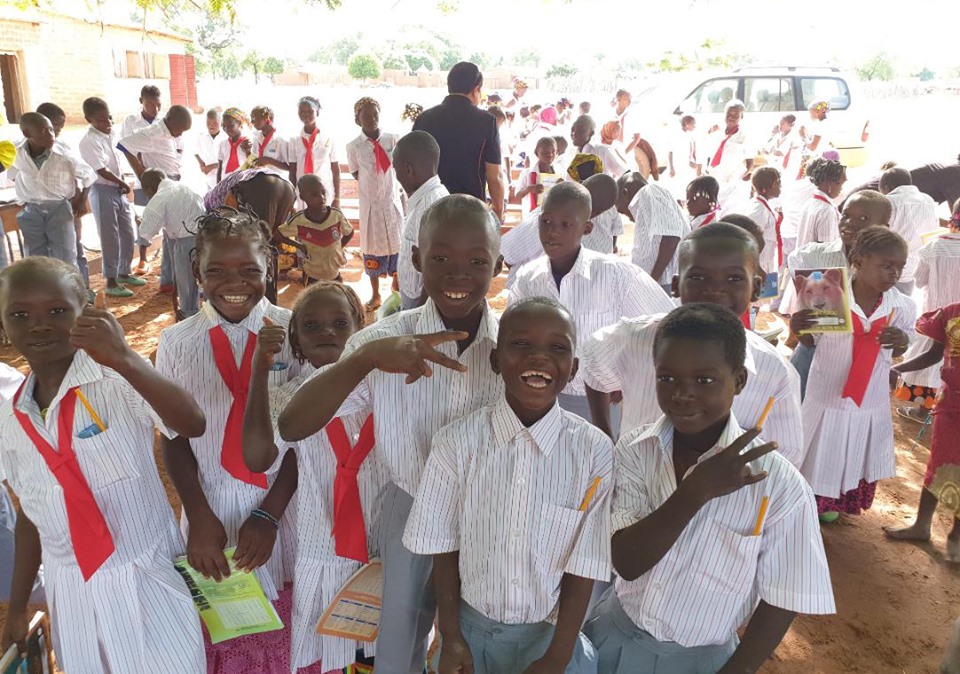 Providing these uniforms to the students was a joint effort between Ursula Frayne Catholic College, Resolute Mining Limited, SOMISY and the local school. All of the students were so happy to receive a uniform.

As well as uniforms, the students received donations of other goods, such as Duplo, by Resolute to help them with their schooling.

Following on from this first community distribution of the old College uniforms further donations were made in Africa. More went to a primary school in Syama village, where 250 students were given uniforms, books and pencils. The Village Chief, the local Mayor, District Administrator and Head Teacher all took part in the day and used the opportunity to encourage the children to apply themselves to their education.

The second was a secondary school in Fourou where 440 students benefitted from the generosity of our students and parents. The school was built some years back by SOMISY and Fourou is the only community of its size in Mali to have a secondary school so it is something special.

There are still enough uniforms for one more school and the plan is to give them to the inaugural student intake at a new primary school SOMISY is currently building in Tabakoroni hamlet, due to open in Aug/Sept this year.

We thank the Hepworth family for their vision and efforts to make this happen, the whole College community for providing their old uniforms and Resolute Mining staff who helped to sort, deliver and coordinate getting the uniforms to the students.